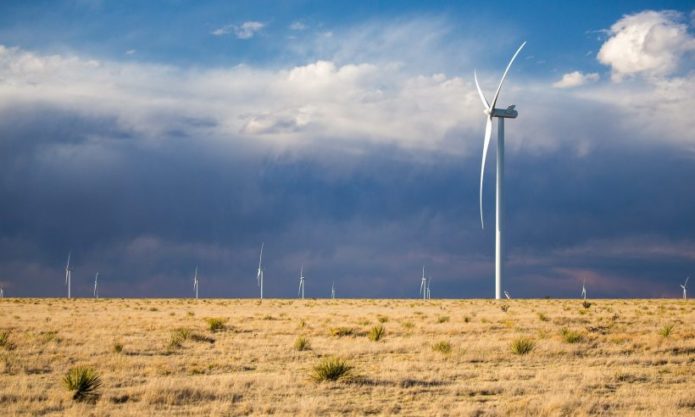 As far as decades go, the 2010s was particularly hard to swallow. It would be tempting to conclude that the decade that gave us the historic Paris Agreement ended in disappointment, disillusion and deceit. To wit:

Lest we forget, the 2010s decade will also be remembered for a host of other equally disturbing news, including (but not limited to):

As I ponder these questions, 90km/hour winds are literally shaking my old farmhouse in eastern Québec, while 4.3-meter high tide surges are pounding and eroding the Saint Lawrence coastline (which should be covered with thick ice at this time of year). On the other side of the Atlantic, 45 million people across nine Southern African countries face severe food shortages from a devastating multi-year regional drought. In Australia, residents near Sydney were told this week that it’s too late to leave their homes in the path of a 370,000-hectare bushfire burning out of control. An unexpected consequence: Sydney’s main drinking water reservoir is now being polluted with bushfire ash.

How easy it would be to just admit defeat – which is what the fossil fuel industry wants us to do – and escape into our soma-induced Instagram-perfect world! And while we’re hiding out in la-la land, why not upload another carefully composed photo of our fluffy new slippers, coffee mug and unread book (opened to the first page, of course) in front of a cozy fire? Don’t forget to ask your friends to [like]!

OK, back to reality.

Despite the relentless denial, obfuscation, obstruction, trolling and infuriating inaction of the past decade – all of which have contributed to the climate crisis and the planetary emergency – I’ve some good news about the 2010s: significant progress was made on a several important fronts. To remain sane, we’ve got to celebrate the victories, and there were many over the past decade. But they were drowned out by the constant onslaught of negative news from both the mainstream and social medias.

“The case for climate optimism is strong,” explains Assaad Razzouk in Episode 27 of The Angry Clean Energy Guy podcast. This particular episode is especially timely for those feeling shell-shocked after the failed COP25 talks. Assaad lists his top 10 reasons for climate optimism – each one compelling in its own right, but extremely powerful when presented together. I’ll list them below, but you really must listen to the full 30-minute podcast to appreciate Assaad’s optimism. He argues convincingly that this is truly an exciting time to be alive: we are living witnesses to massive, unstoppable changes that will transform and define the next decade – for the better.

Assaad saves the best for last, and it’s the sweetest medicine for any war-weary activist:

“Always remember that we’re winning. We are winning for now… slowly, slowly. But soon, we’re going to be winning all of a sudden.”

Paul Gilding reached a similar conclusion in his provocative 2011 book The Great Disruption: “When we [decide to] act, we will eliminate net CO2 emissions from the economy in an amazingly fast transformation and then move on to the rest of sustainability.” Eight years later, in his most recent Cockatoo Chronicles post, Climate Contagion 2020-2025, Paul predicts that this shift is now imminent: “anytime from tomorrow morning to 2025, but not later.”

“Any time from tomorrow morning to 2025, but not later.” This quite possibly could be the most important forecast of the decade. We’re winning, folks.

“The financial logic of acting is now impeccable, meaning the only thing left is for there to be a shift in sentiment – that moment of an intangible, hard to define flip in how the decision makers in the market see the world. That can happen overnight. And because markets hunt in packs – when they go, they’ll all go. Everything is ready, everyone knows it’s coming, we’re just waiting for the storm to hit.”

Paul lays out the four critical factors that led him to conclude this shift in sentiment is imminent:

The clean energy transition is just one of many reasons for climate optimism. I was privileged to have spent the entire 2010s focusing my cameras on the men and women who are building our post-carbon future. Being surrounded by such talented people who are actively building climate solutions is the main reason why I have managed to remain optimistic throughout this very depressing decade.

I believe this is what Greta Thunberg meant when she said:

“The one thing we need more than hope is action. Once we start to act, hope is everywhere. So instead of looking for hope, look for action. Then, and only then, hope will come.”

For a truly inspiring discussion about climate optimism, check out this live conversation (starting at 15:40) between TED’s Chris Anderson and Global Optimism‘s Founding Partner Tom Rivett-Carnac. In addition to discussing the history of The Paris Agreement, Chris and Tom introduce Countdown, their new global collaboration to turn the tide on climate.

Here’s my quick summary: According to Tom, “Optimism is most relevant when the outlook is the darkest. It is a strategy to drive ambition, and to drive dedication towards something more positive.” In response, Chris added “Optimism is not a feeling; it is a stance. You don’t need to believe that something is likely or that it will happen; you need to believe there is a pathway there. To be optimistic, you take the stance that ‘What better thing do we have to do than roll up our sleeves and try and tackle this?’”

Four decades ago, during the turbulent Vietnam War and Watergate eras (which were overshadowed by the constant threat of nuclear war), we sang collectively there’s something happening here. Then, as now, people took to the streets in the tens of thousands. Then as now, they managed to shift the needle. If you stop and listen, you can feel it: the times are definitely changing. Just listen to this powerful cover by Brandi Carlile:

As the 2010s comes to a close and we turn our attention toward the next decade – literally the make-or-break decade for climate action – we must ask ourselves: is the glass half full, or half empty? Are we winning, or are we doomed? Do we continue to focus on (and contribute to) the dominant negative news stories, or will we train ourselves to look beyond the doom-and-gloom and align ourselves with those who are rolling up their sleeves, taking concrete action?

On December 31st, I will raise my glass to winning. Not because the alternative is unacceptable. Because, as the poet and climate activist Emily Johnston said, “And because we can, we must.“

We can let them kill this beautiful world— or we can get to work making space for a decent future.

Here’s to new friendships and collaborations in the next decade!

This article is part of the Renewable Energy series.

Joan Sullivan is a Canadian photographer focused on the energy transition. Her renewable energy photographs have been exhibited in group and solo shows in Canada, the UK and Italy. She is currently working on a documentary film and photo book about Canada’s energy transition. In her monthly column for Artists and Climate Change, Joan shines a light on global artists, designers and architects experimenting with renewable energy as an emerging art form. You can find Joan on Twitter, Visura and Ello.