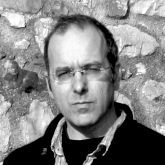 The creative futures (cf.) research centre at the University of the West of Scotland presents an evening lecture by Gideon Kossoff titled: ‘Early Thoughts on Transition Design’. The event is chaired by cf. Associate Director Graham Jeffery.

Gideon Kossoff is a social ecologist/social theorist whose research focuses on the relationships between humans and the natural environment and humans and the built/designed world as the foundation for a sustainable society. For many years Gideon was programme administrator and course tutor for the MSc in Holistic Science at Schumacher College, Devon, an international centre for ecological studies, where he regularly continues to return to teach.

It has been established by Chris Fremantle, producer and research associate with On The Edge Research, Gray’s School of Art, The Robert Gordon University. Fremantle is a member of a number of international networks of artists, curators and others focused on art and ecology.
Go to EcoArtScotland

Kellie Gutman writes: Cape Farewell’s journey to the Outer Hebrides has reached its half-way point. The crews have changed each week, but the Associate Director, Ruth Little is onboard for the duration.  Her latest post, filled with wonderful pictures and observations can be seen here.

For all of the expedition posts go here or follow it on our blogroll.

The editors are Robert Butler and Wallace Heim. The associate editor is Kellie Gutman. The editorial adviser is Patricia Morison.

Robert Butler’s most recent publication is The Alchemist Exposed (Oberon 2006). From 1995-2000 he was drama critic of the Independent on Sunday. See www.robertbutler.info

Wallace Heim has written on social practice art and the work of PLATFORM, Basia Irland and Shelley Sacks. Her doctorate in philosophy investigated nature and performance. Her previous career was as a set designer for theatre and television/film.

Kellie Gutman worked with the Aga Khan Trust for Culture for twenty years, producing video programmes and slide presentations for both the Aga Khan Foundation and the Award for Architecture.

Patricia Morison is an executive officer of the Sainsbury Family Charitable Trusts, a group of grant-making trusts of which the Ashden Trust is one.

Reprinted from The Guardian: “Green Dreams: How Can Theatre Cut Its Carbon Emissions?” by Chris Wilkinson, June 29, 2010

As the financial climate gets ever chillier, much has been said about the need for theatre companies to band together if they are to survive the coming cuts. So it is good to see that a new spirit of cooperation is now developing across the industry – albeit in response to an entirely different climate. The curiously named Julie’s Bicycle – an organisation that exists to help the creative industries lower their greenhouse gas emissions – has recently announced the launch of a “UK-wide theatre programme” aimed at helping theatres play their part in the fight against climate change.

Of course, for some theatres, an interest in the environment is nothing new. There have been individual efforts going on for a number of years now. Some companies are building theatres that are literally recycled, the National Theatre has been working with Philips to reduce its energy consumption and east London’s Arcola theatre has made itself the industry leader with its hugely impressive Arcola Energy project.

Yet what is particularly exciting about this new initiative is that it seeks to foster a much greater level of cooperation across the industry as a whole. The aim of Julie’s Bicycle is to bring together producers from both the commercial and subsidised sectors, and they have already attracted some of the biggest names on both sides of the theatrical divide. A steering committee for the project has been set up, chaired by Nick Starr, the executive director of the National Theatre, which boasts representatives from organisations as diverse as Cameron Mackintosh Productions, Glyndebourne, the National Theatres of Scotland and Wales, the RSC and many others.

Sian Alexander, Julie’s Bicycle’s associate director for theatre, says this shows that there is a “huge appetite” in the industry for tackling this issue. The plan is that companies will share information and ideas so that eventually Julie’s Bicycle will be “able to produce an annual report for theatre on GHG emissions and progress towards targets based on the data collected by the industry”. Given how secretive theatres can be about their plans and operations, it is good to see that differences are being overlooked in the face of this major challenge.

In fact, as the Stage recently explained, Julie’s Bicycle has already launched one major report about the impact that touring theatre has on the environment. They calculated that in 2009 British touring companies produced approximately 13,400 tonnes of greenhouse gases: equivalent to flying round the world 2,680 times. In one sense this is good news – Alexander points out that this figure is not as high as they had initially feared it might be – but she adds that there are also many areas where things could be improved.

As well as working directly with theatres, the organisation has provided a number of resources on its websites to enable companies to measure their impact themselves. These include a free carbon calculator, which theatres can use to work out what their carbon footprint is, and a range of other advice on how to become more energy-efficient.

Recent years have seen a range of shows – from Filter’s Water to the Bush’s Contingency Plan – that have sought to tackle climate change from an artistic point of view. So it’s good to see theatres attempting to be green not just in word, but in action too.

Go to the Green Theater Initiative