Some fascinating ideas from BLDGBLOG in excerpt form a little while ago, which relate to ideas of ecodrama:

It was, we might say, not performance art but performance physics: an immersive, urban-scale demonstration of quantum dislocation… constantly out of self-synch in a single setting… the skies of San Francisco temporarily modeling an inter-dimensional event.

…the passage of the Blue Angels had been setting off car alarms all over the city… the locations of the car alarms always coincided with the physical passage of the airplanes… you could actually reconstruct the aerial trajectories of the planes through entirely indirect means.

In twenty years’ time, then, forensic historians could reconstruct the skies of Fleet Week 2011 using nothing but data from parked cars.

…we briefly got onto the subject of skywriting… The idea of blogging in the sky through the medium of artificial weather—chemically produced, aerodynamic clouds draping the city in a haze of literary climatology… 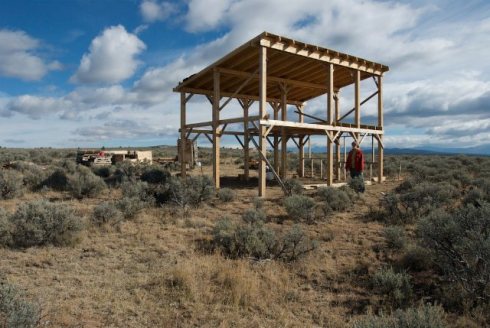 PLAND (Practice Liberating Art through Necessary Dislocation) off-grid residency centre on the Taos Mesa is running a workshop called Power School (July 10-18,2011) with a closing date of 25 April for applications.

You can find an interview with PLAND on Bad at Sports. 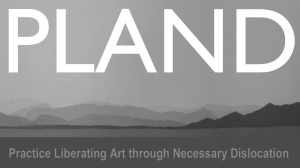 TAOS, NEW MEXICO – Announcing the formal launch of PLAND, an off-the-grid residency program that supports the development of experimental and research-based projects in the context of the Taos mesa.  PLAND was conceived of and founded in July 2009, when creative trio Erin Elder, Nina Elder, and Nancy Zastudil banded together to acquire a small parcel of land near the Sangre de Cristo Mountains and the Rio Grande Gorge. The arid plot is currently void of amenities such as water and electricity, with terrain defined by sage brush, chamisa, and breath-taking vistas of open sky. The region is home to alternative communities including the Taos Pueblo, several Earthship developments, and a scattering of off-the-grid homesteaders.

The three founders describe PLAND as:

“A program that focuses on open-ended projects that facilitate collaboration, experimentation, and hyper-local engagement. We do not hold expectations about prescribed outcomes. We privilege process over product. We believe artists can do amazing things when supported and encouraged in new contexts. We believe that no context exists like that of the Taos mesa.

We find our inspiration in a legacy of pioneers, entrepenuers, homesteaders, artists, and other counterculturalists who – through both radical and mundane activities – reclaim and reframe a land-based notion of the American Dream.” 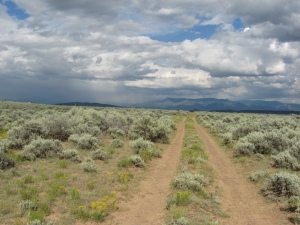 During Summer 2010, PLAND will host a motley crew of thinkers and doers in a series of work parties, idea-testing workshops, and inaugural project-based residencies in order to transform the land into a more inhabitable outpost while challenging artists to create, experiment, and produce their own work within this unique context. These activities are funded in part by The Idea Fund and supported by the hard work of students at the University of Colorado at Colorado Springs.

Please note that the application deadline is May 10th and due via email.