“Gravel pits offer a casual archaeology of the meeting places of nature and culture, past and present, construction and destruction, indigenous peoples and colonizers, art and life, creeping globalisation and local survival…”
Undermining: A wild ride through land use, politics, and art in the changing west
L. Lippard (The New Press, 2014) 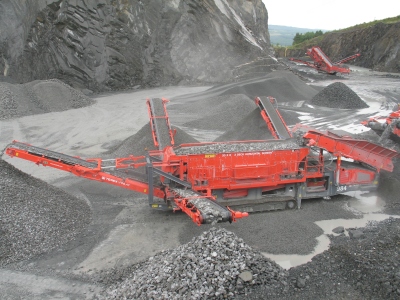 The writings of Lucy Lippard are essential reading for anyone interested in the relations between contemporary art, dematerialisation, feminism, social change etc. Her theory of domestic tourism, in particular, has heavily influenced the framework I have developed for my own practice which uses the act of touring as a methodology within research. Yet reading her latest book, Undermining which conducts an archaeological dig through the impacts of the gravel industry on her hometown, Galisteo, thirty miles from SFAI, pushes the notions of ‘being in place’ and the use of ‘site’ as a focal node to the forefront of my thinking.

Spanish colonists arrived in New Mexico in the mid-sixteenth century. Faced with an arid topography similar to their native Spain, they discovered notable similarities between the irrigation practices of the Indigenous people and the systems of centralized, community based irrigation practices, known as acequias, which were common in Spain (originally brought to the Iberian Peninsula by the Arabs). It was this similarity of practice around the allocation of water rights that eventually saw Indigenous water usage become a permanent feature of Spanish and later Mexican water customs, despite the introduction of written water laws as an intentional form of dominating power (see the New Mexico Museum of Art’s page on the history and politics of water) 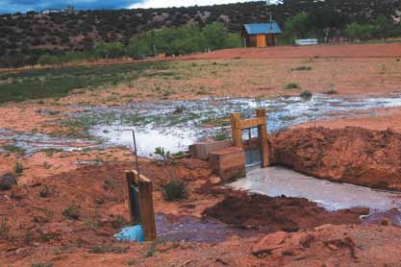 Acequias can therefore been seen as sites where different cultures congregated due to a shared understanding of what was necessary for survival. This is also reflective of the term’s root in the Arab word as-Saquiya, which means ‘the Water Bearer’, referring to both the actual irrigation channel and to the association of members organized around it. However, it was in 1848 that this system of irrigation was dramatically challenged by the arrival of the American government into New Mexico, along with its laws that prioritised the belief in individual liberty (see the Historical Society of Pennsylvania’s page on Liberty, Diversity and Slavery). This challenge continues even today, with water rights claimants being subjected to the burden of proving water usage prior to the Pueblo Revolt of 1680 and US Government Bureau of Land Management leasing land and therefore water rights for the purposes of fracking (see the Santa Fe New Mexican for more on the local story).

However, suggestions like those of S. Helmreich in his essay, Nature/Culture/Seawater, that water is anthropologically understood as both a substance and symbol in the world, draws attention back to the importance and role of acequias, and water in general, as sites where communities, ideas and socio-economic constructs will always meet. Water is not an independent entity. The potential within the act of gathering around water is central to the SFAI residency – which over the past week has become more apparent as myself and my cohorts have learnt more about each-others areas of research. Current residents at SFAI who also arrived this month and will be present throughout my stay at SFAI include:

The opportunity to focus on water within our individual projects and collectively, through formal and casual discussions that occur when you live and work together, can only be beneficial to expanding our approaches and supportive networks during and beyond the thematic residency format. Yet personally, I like to look at this thematic-residency as a micro-model of how water is a site that will always encourage a collating of difference around a shared focal interest.